William Bradley Pitt born on 18th December, 1963 is considered as one of the most powerful and influential people in the American Film Industry with charming looks which has earned him the title of ‘most attractive man’ by various media outlets all over the world. He is an American actor and producer who first gained recognition from the movie Thelma and Louise (1991).

He did some big budget films like A River Runs through It (1992), Legends of the Fall (1994) and Interview with the Vampire (1994). Cult films like Fight Club which released in 1999 and Ocean’s (Eleven/Twelve/Thirteen) Franchise which released in 2001, 2004 and 2007 respectively are also some excellent Brad Pitt Movies to watch out for. He achieved his enormous commercial success with Troy (2004), Mr. and Mrs. Smith (2005) and World War Z (2013). He earned critical acclamation for his stellar performance in Seven and 12 Monkeys, where the latter earned him an Academy Award nomination and a Golden Globe Award for Best Actor in a Supporting Role. He also received second and third nomination in the Academy awards for his outstanding performance in The Curious Case of Benjamin Button and Moneyball.

He produced The Departed and 12 Years of a Slave, both of them won the Academy Award for Best Motion Picture and The Big Short, Moneyball and The Tree of Life earned Academy Award nominations for Best Picture.

Some of the best featured Brad Pitt Movies are discussed below:

One of the iconic films of the Brad Pitt Movies fraternity, is Moneyball. It premiered at the Toronto International Film Festival and got nominated for six Academy Awards. It is a sports film based on the book by Michael Lewis which shows how Pitt and his assistant developed a franchise for undervalued players within limited budget. It garnered huge box office success and critical acclaim. 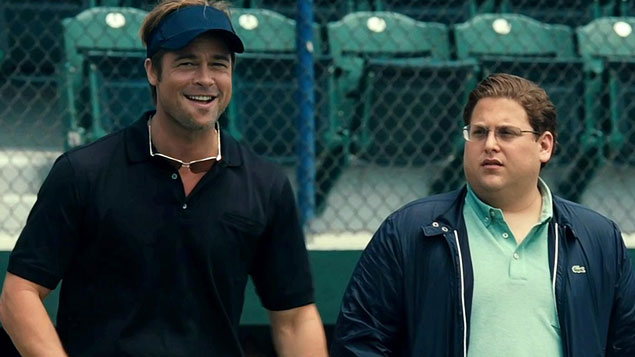 One of the iconic films of the Brad Pitt Movies fraternity, is Moneyball. It premiered at the Toronto International Film Festival and got nominated for six Academy Awards. It is a sports film based on the book by Michael Lewis which shows how Pitt and his assistant developed a franchise for undervalued players within limited budget. It garnered huge box office success and critical acclaim. 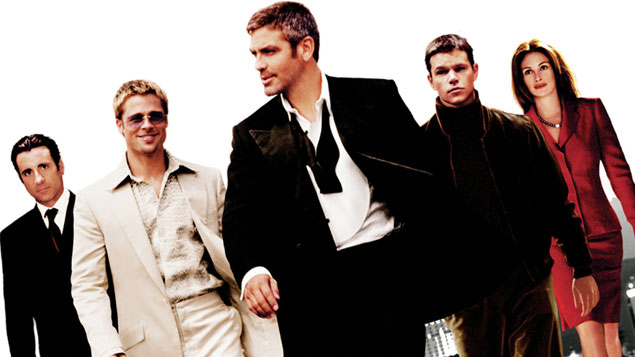 Based on the Ocean Trilogy, Pitt was a part of this franchise for all the instalments along with an ensemble cast. The entire series has been an extreme favourite of audiences with an excellent box office record and critical fame and appreciation.

8. Interview With the Vampire: The Vampire Chronicles (1994) 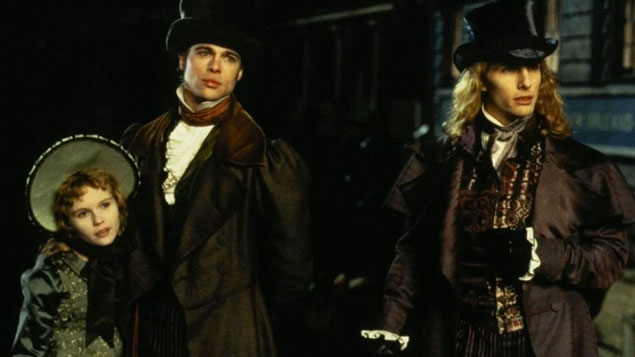 Directed by Neil Jordan, this is a horror-drama instalment of the Brad Pitt Movies. It shows the narrative of Pitt reporting his story to a San Francisco reporter on how he transformed into a vampire along with the journey of a ten year old girl who also converted to a vampire. The film received positive responses from the audience and received two nominations of Academy Awards and one nomination of Golden Globe awards. 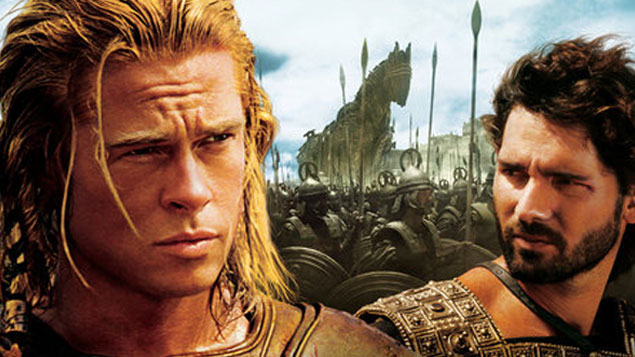 This war film of the epic period loosely based on Homer’s Iliad and narratives of Trojan War, features an ensemble cast. It exhibits the victory of Achilles on leading his Greek Army to protect the history of Troy from Hector’s Trojans. The conclusion of the film, however, represented Homer’s Odyssey by showing the sack of Troy. This movie is the 8th grosser of 2004. 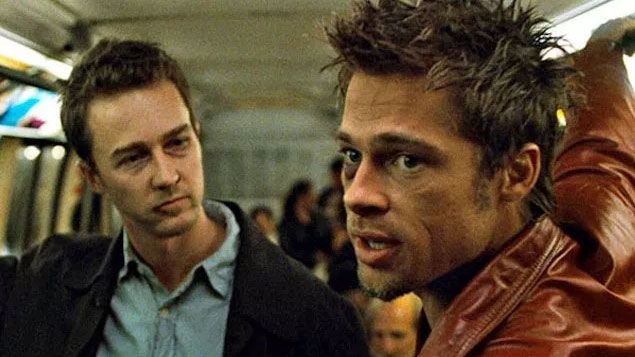 One of the cult Brad Pitt Movies, directed by David Fincher shows the protagonist (Pitt) who was unsatisfied with his ‘white collar job’. This lets him form a fight club where he is joined by other people who prefers to fight for recreation. The film is considered as one of the hit films of 1990s bringing in a lot of critical and positive feedback for Pitt from varied sectors of the audience. 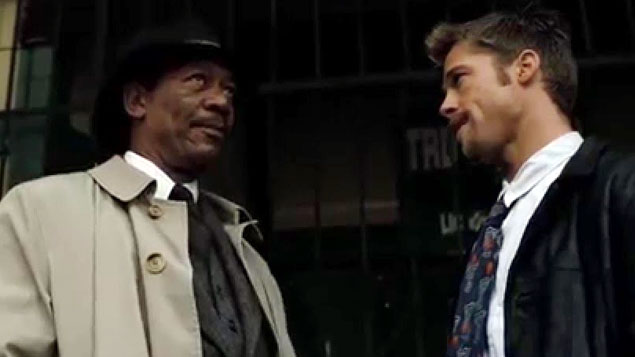 Nominated for Best Film Editing at 68th Academy Awards, the plot revolves around David Mills (Pitt) who tries to track down Spacey, a serial killer who uses seven deadly sins as a motif for all his murders. Directed by David Fincher and written by Andrew Kevin Walker, this movie was the seventh highest grosser of 1995. 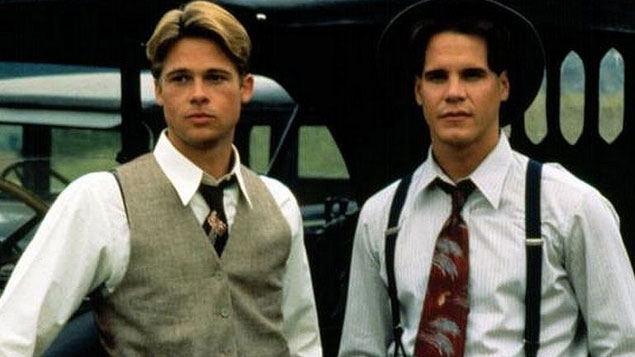 An American period coming-of-age drama, it is based on 1976 Norman Maclean’s semi-autobiographical novel A River Runs Through It that was adapted by Richard Friedenberg for the screen. The story is set up around Montana one studious and one rebellious son of the a Presbyterian Minister, grows up during the harsh times of World War I to the days of Great Depression including the Prohibition Era in the Rocky Mountains. The film was nominated for 4 Academy Awards and won one for the Best Cinematography. 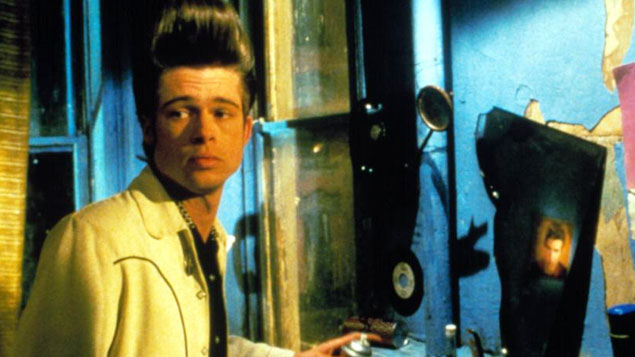 This is one of the low budget Brad Pitt Movies, where Pitt played the role of a rock star, Ricky Nelson who had a pompous attitude and all possible accessories except a pair of black suede shoes. He finds one suddenly and meets a sultry Bohemian, Darlette whom he loved, but she left him mysteriously. To find out Darlette, Ricky wanders around places when he came across Yvonne, a beautiful lady who taught him how there are several things in life that matters more than a pair of black suede shoes. The film did not do much business at the box office. 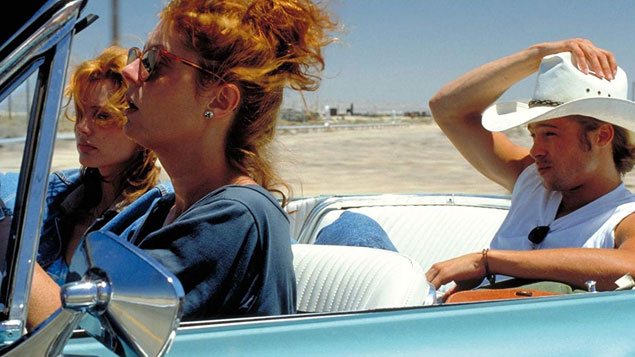 The first of the Brad Pitt Movies which launched him as a supporting actor, this movie was written by Callie Khouri and directed by Ridley Scott. It showed the journey of two friends (Thelma and Louise) who started off on a road trip but kept on meeting unforeseen circumstances. This fil is considered as a classic as it received six Academy Awards nominations and won the award for Best Screenplay. It is considered as one of the ‘feminist’ film and is preserved in the United States Library of Congress. 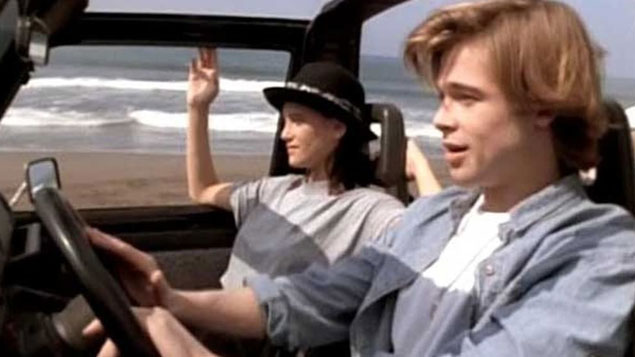 The first film which casted Brad Pitt in a leading role, this film is an American-Yugoslavian drama directed by Bozidar Nikolic. It features Pitt as ‘Rick’ who suffered from a very rare skin disease which prevented him from going out in the sunlight. Unable to find any cure, Rick’s father takes him to Yugoslavia to a healer but he also failed to find out any solution. Giving up all hopes of getting cured, Rick decides to forget about his disease and enjoy his little span of time that is left in his life by basking in the sun.

Choosing the best television series of all time, or making a selection of the best, is not easy for … END_OF_DOCUMENT_TOKEN_TO_BE_REPLACED