The King of Horror of Hollywood, Stephen King was born on September 21, 1947, in Portland. As a kid, he suffered his dad’s mysterious missing. Stephen started writing in 1959 when he decided to publish a private newspaper with his brother David. Stephen King is regarded as one of the best authors of horror and supernatural fiction genre. He regards the writer Richard Matheson as his influencer and inspiration. His movies have continued to haunt the viewers for quite long.

Stephen King Movies include some of the horror blockbusters of the big screen like It. King’s favorite adaptions are Stand by me, The Mist and The Shawshank Redemption. King has also received numerous awards and accolades for his novels as well as adaptions. More than 100 of his works are adapted in movies and he has appeared in a few in cameos. But which adaption is worth screaming about? So, here is a list of top 8all-time hits of Stephen King. 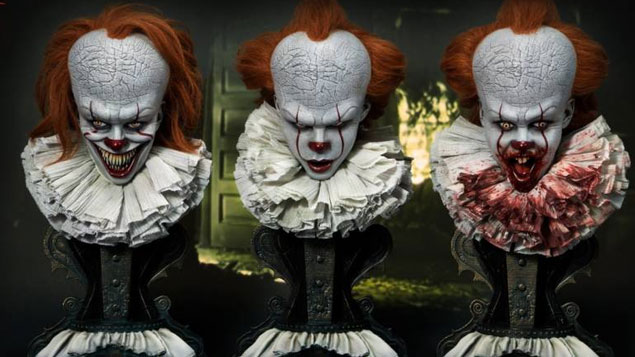 The supernatural horror film is an adaption of the Stephen King’s novel of the same name. The movie was a blockbuster hit and managed to haunt viewers for long. The movie was appreciated for its screenplay and story. The plot revolves around seven children who are haunted by a malevolent being, only to face their own personal demons. The blockbuster movie successfully grossed over $700 million worldwide on its release. The movie was regarded as the most profitable horror film of all time. The movie is appreciated for coming forward with the issue of mortality. A sequel of the film is also in making, reported being released in 2019. The movie also won the Golden Trailer Award for the Best Horror film. The movie was also nominated in various Award shows in multiple categories. 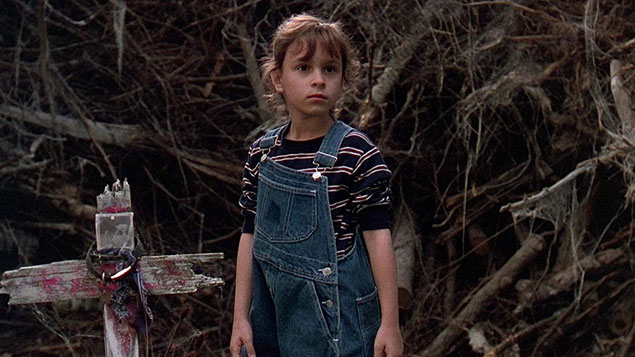 Pet Sematary come in the list of the few Stephen King Movies in which he acted. King made a cameo in this movie. The film was a blockbuster making around $51 million. The family of four shifts to Ludlow from Chicago. And the father meets a strange man who warns him about the pet cemetery behind his house. The pet of the family comes alive after death and more such horror events are followed. The pet cemetery also has a point where on burying, the dead comes alive. The movie received an average rating. 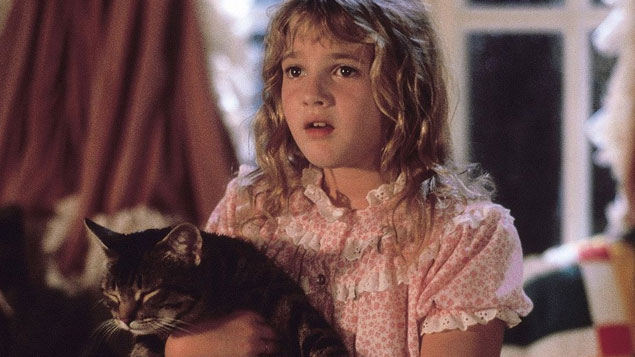 The movie is a collection of three short stories which are adapted from the books of Stephen King. The three stories are connected by the presence of a traveling cat. The cat actually serves as a fun furry tissue between the stories. This is one of the few anthologies works to include Stephen king’s work. The Cat’s eye received a positive review from critics. 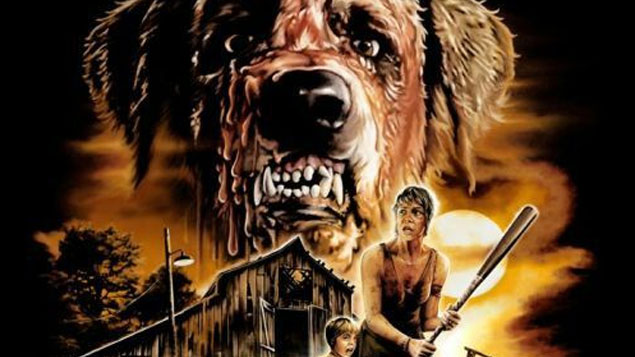 Based on the novel of King with the same name, Cujo is an American thriller directed by Lewis Teague. Though Cujo is one of those Stephen King Movies that was a moderate success on its release, the film gained a major cult in the following years. The movie focusses on Cujo a St Bernard who received a nose bite by a rabid bat. Later Cujo is taken as a pet by a couple. When the dog is vaccinated, he turns mad killing and attacking people. The movie grossed $21 million. 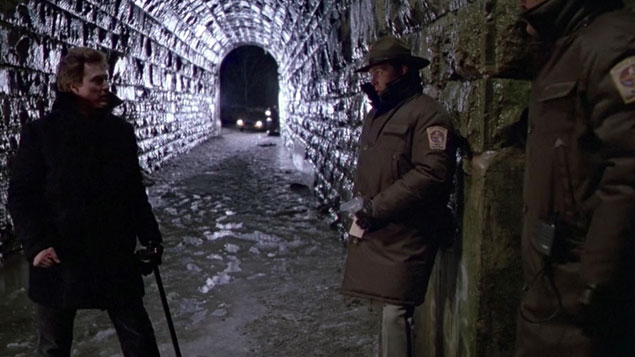 This is one of those Stephen King Movies which has been adapted to a tv series too. Directed by David Cronenberg, the movie is of the horror-thriller genre. The storyline goes like that a school teacher wakes from coma discovering that he has physic powers. He has “Dead Zone” in his vision and he can actually change future. Johnny meets a political leader and foresees him as the US president who would destroy his nation. He plans to kill him and chine the future and save others. The movie was successful in receiving 90% positive reviews from the critics. 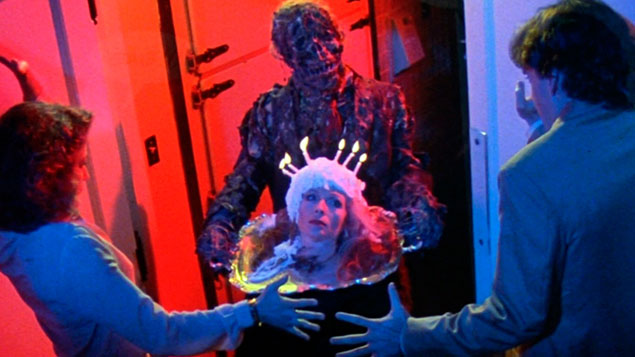 This was a dark comedy horror film which was adapted from the writings of Stephen King and a few he wrote especially for the movie. The film is a collection of five short stories three of which were written by Stephen later for the movie. The film earned $21 million over a budget of $8 million. The sequels Creepshow 2 and Creepshow 3 were also released and made a good earning at the box office. 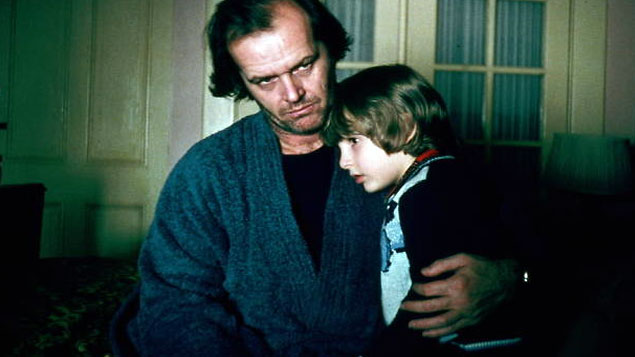 The film is based on the novel of Stephen King with the same name. like all other Stephen King Movies, the Shinning is also rich in the horror content and has successfully haunted the viewers. The plot lies around an aspiring writer who accepts the position of a caretaker at the Overlook Hotel with his wife and son Danny. The son has “the shining” or the ability to see the horrific past of the hotel. The hotel’s cook also has the same ability and is able to communicate with Danny through Telepathy. Although the critics gave the movie mixed responses, the movie grossed approximately $44.4 million. 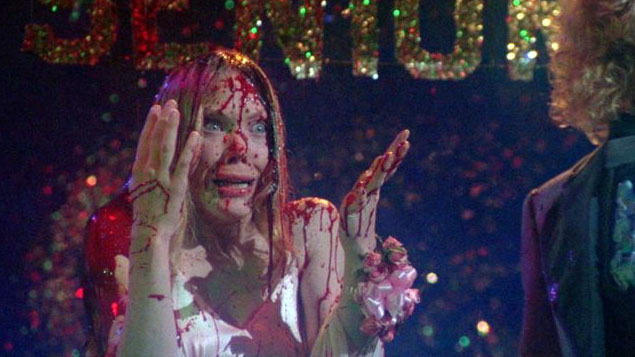 The first of Stephen King Movies, Carrie was a supernatural horror film based on a novel with the same name. the film received two Academy Award nominations. The film featured actors who were young and thus giving their careers a boom after the huge on-screen success. A series of events depicts that Carrie the protagonist poses telekinesis which further leads to Carrie killing her schoolmates and faculty and later her religiously fanatic mother as well. The movie was considered as one of the best movies of 1976.

Not just these few, Stephen King Movies have successfully created the horror vibe around every time they are shown on screen. Movies like Gerald’s Game released in 2017 needs special mention and 1408 (2007) as well. So, if you are a horror genre fan and certainly Stephen King’s fan then you know that you have a wide range of adaptions to choose from and get the Halloween vibes.

Choosing the best television series of all time, or making a selection of the best, is not easy for … END_OF_DOCUMENT_TOKEN_TO_BE_REPLACED