The famous American actor, Denzel Washington was born in December on 28th,1954 in New York. The actor got interested in acting while he appeared in school drama. Later after graduation,Denzel shifted his base to San Francisco to get himself enrolled in the American Conservatory Theatre. The actor left the American Conservatory Theatre after a year to fulfill his dream of being an actor. He was first paid as an actor in a summer stock theatre stage production in St Mary’s City, Maryland. He played a real historic character in the play “Wings of the Morning”. The plot was about the foundation of the colony of Maryland.

The actor didn’t face many difficulties in finding work on various television productions due to his versatile and strong acting skills. The Carbon Copy in the year 1981 with co-star George Segal was his first big screen appearance. He took the role of Dr. Philip Chandler in a popular medical series which he played for six long years. 1989 turned to be the most beneficial year for Denzel when he received an Oscar for his role portrayed in the movie Glory which was a historical masterpiece. He was awarded as the Best Supporting Actor. That turned out to be the turning point in his film career, he never looked back since then. Denzel Washington Movies mostly portray him as a military commander or a law enforcement officer.

We have listed below some of the best Denzel Washington Movies for you. 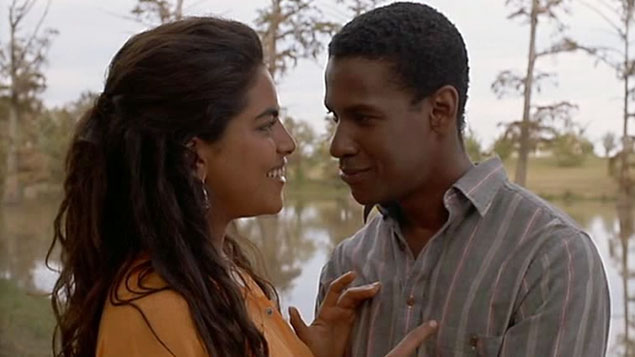 This romantic drama was directed by Mira Nair. It was based on the interracial romance between African American and Indian American. Denzel received the NAACP Image Award for Outstanding Actor. The movie also received few nominations in different categories. 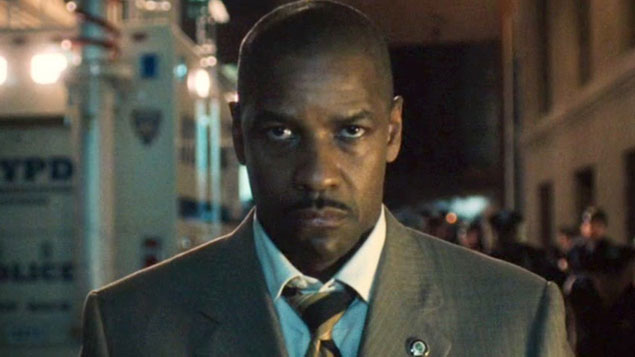 Directed by Spike Lee. This American crime thriller was a great hit. Denzel Washington plays the character of a Detective named Keith Frazier. The movie is all shown from a robber’s perspective and he is narrating about how he committed a perfect robbery. The movie mostly received positive reviews. The film kept making news because a sequel was announced but soon the news came that the sequel has been canceled due to the paucity of funds. 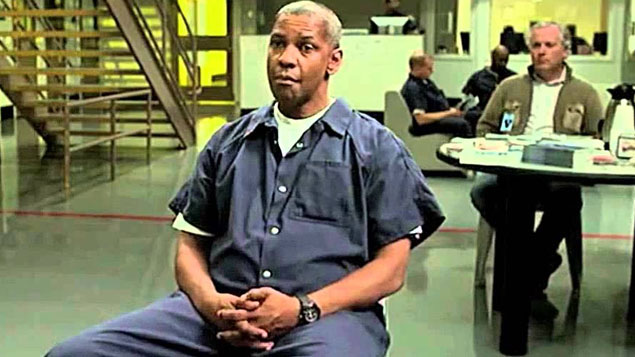 Flight is a drama thriller released in 2012. The movie beautifully portrays Denzel as an airplane pilot who becomes a hero after saving almost all passengers on board by a safe landing after an in-flight mechanical error. But soon things change and the pilot is put in a different light when the investigation is held. 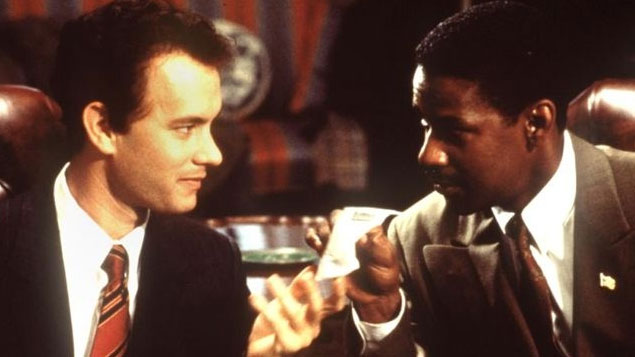 Denzel Washington Movies have never failed to amuse its viewers. Philadelphia, American drama released in 1993 is said to be one of the first Hollywood films to show the sensitive issue of HIV/AIDS, homophobia and homosexuality. Philadelphia comes with the idea that one cannot be simply discarded or written off just for having a terminal transferrable disease. The movie received countless awards and still regarded amongst the best works of Denzel.

To name a few Denzel won the MTV Movie Award for the best on-screen duo with Tom Hanks. The film won the national Board Award for being the top 10 films. The movie also backed a couple of Academy awards and nominations as well. The song from the movie the Streets of Philadelphia won a Grammy as well. 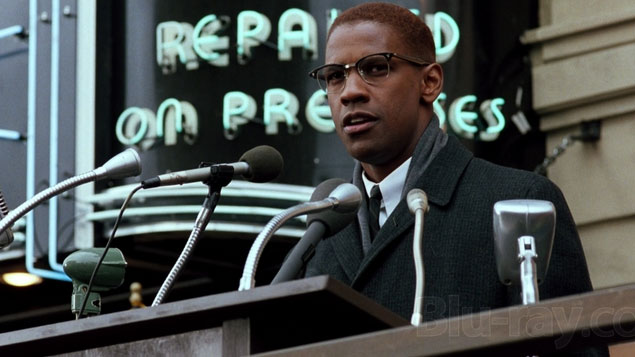 Regarded as the greatest hit and portrayal by Denzel Washington, Malcolm X first came on the screenon 18th November 1992.Denzel Washington Movies have always proved to be a hit in case if they showcased racism.

The movie, as the name,suggests shows the famous African American Muslim minister Malcolm X. The movie was a biographical epic. The film dramatizes the major events of the life of the leader. The past events of his childhood are shown in between with flashbacks. His assassination is also portrayed well in the movie. 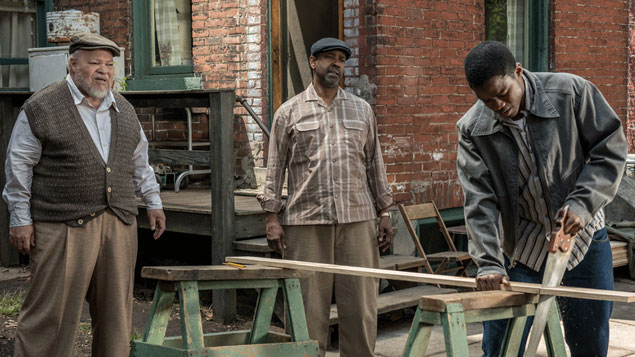 Released in 2016, Fences was the third movie directed by Denzel Washington. The plot is adapted from a play of the same name written by August Wilson.

The movie grossed over $64 million in the US and was given positive reviews. Like other Denzel Washington Movies, Fences also backed many awards and was nominated in multiple categories. The American Film Institute chose the movie as one of the top 10 films of 2016. The movie received four Oscar nominations. Washington was nominated as the Best Actor at the Golden Globe for his performance. 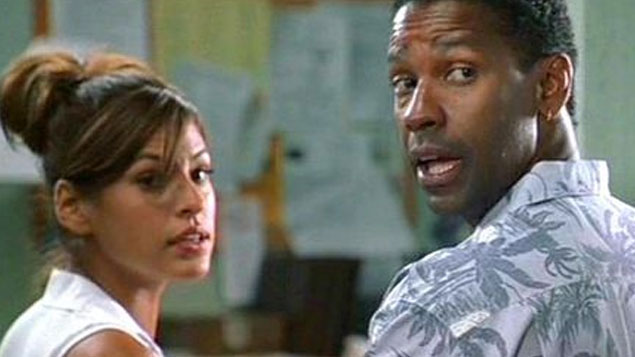 Out of time was released in the year 2003 and was a thriller film directed by Carl Franklin. Denzel portrays a Chief of police named Matthias “Matt” Lee Whitlock. Matt ends up being in trouble for a fault which he has not committed but since the evidence is all against him, he becomes the prime suspect. The story also reveals around an insurance money claim.

This movie received a few awards as well. It received the best thriller film award in 2004. Denzel was nominated as the best actor in the Black Reel Awards. 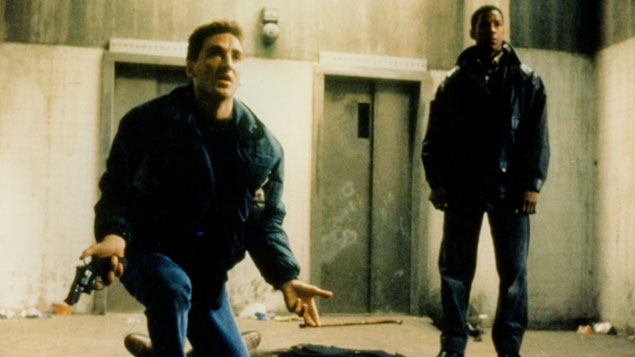 Released in 1988, this BritishAmerican crime drama movie received a mixed review by the critics. Though this Denzel Washington movie is said to be flop than. But the plot and storyline make it worth a watch. Washington plays the character of a former Black British paratrooper who joins the army to escape poverty. Reuben James (the name of the character portrayed by Denzel) finds it hard to adjust in normal life as the society ignores him when he returns back. 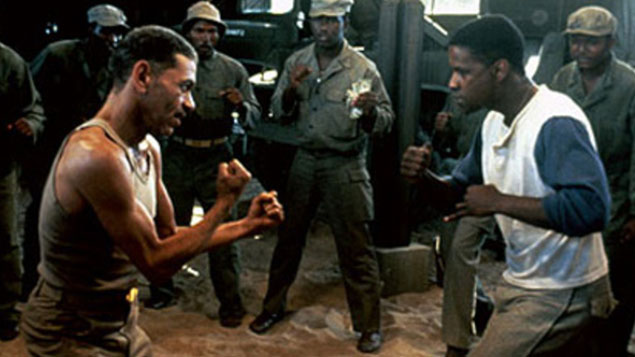 Directed by Norman Jewison, A Soldier’s Story was released in the year 1984 with its first screening at the Toronto International Film Festival. The plot is adapted from the award-winning production A Soldier’s Play. Thi is regarded as one of the top 20 Denzel Washington Movies. The plot lines around the end of WorldWar II when a black officer (portrayed by Washington) is sent to Louisiana to investigate the murder of a black sergeant. The story is about racism in the army by the white officers. The black officer is unequaled and bitterly grudged almost by everyone.
The film was successful at backing the New York Drama Critics Award, the Theater Club Award, the Golden Prize Award and many more. The movie was also nominated many times in various categories. 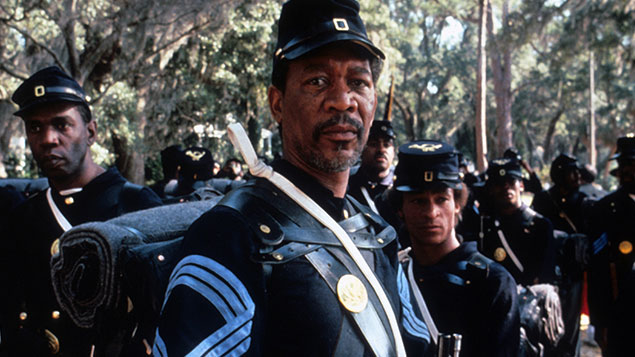 The movie which is said to be the turning point of Denzel’s career. We can thank “Glory” for causing a long list of Denzel Washington Movies. The movie is an American war film which is about one of the initial military units of the Union Army. Private Silas Tripp is the character portrayed by Denzel Washington. Denzel won the Golden Globe and the Academy Award for best-supporting actor. He also backed award for the same category at the NAACP Image Award and Kansas City Film Award.

Choosing the best television series of all time, or making a selection of the best, is not easy for … END_OF_DOCUMENT_TOKEN_TO_BE_REPLACED