The Dummy Chucky, in Chucky movies, is an extraordinary horror movie that was invented by the talented, imaginative writer Don Mancini to last for 30 years in the form of a series of thrilling and successful films that have become popular throughout the world. They have been translated into most of the world’s languages and have generated enormous profits. There is no doubt that some of them were criticized by some film experts, but we cannot deny Chucky’s success till now. Some of them took the style of horror, while others combined horror with the spirit of humour and so on.

Chucky movies are an American horror movie series which consists of seven movies as a collection. At the beginning, they were called Child’s Play according to the first three series, but later this brand changed to Chucky’s brand as in the last three series.
The seven-movie collection is concentrated on Charles Lee Ray, who was played by the Academy Award Nominee Brad Dourif, also is known as Chucky.

As it is evident at the beginning of these movies, Chucky is a notorious serial killer known as the “Lakeshore Strangler” whose soul is transferred inside a Good Guy doll, using a voodoo ritual to avoid the afterlife and going to hell.

The films became satirical and campy as the films progressed, then they became a gothic horror comedy. despite of the diversification in style from film to another, they were box office successes, and then Chucky won a “Saturn Award for the Best Horror Franchise”. So, because he won the admiration of viewers, Chucky has appeared on TV commercials.

To increase the suspense and pleasure when watching these movies, several short films have been made featuring Chucky, such as short film entitled “Chucky’s Vacation Slides” which set during the events of “Seed of Chucky” film. 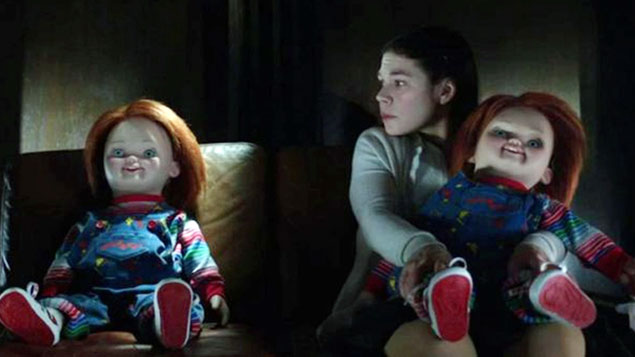 This movie is directed and written by Don Mancini, and is starring Allison Dawn Doiron, Alex Vincent and others.

Chucky comes back to life at the beginning, as he is just sort of already alive in various forms. At the end, Chucky is killed by Andy who beats the crap out of the Chucky’s, then shoots him several times, but the main Chucky lives on.

Knowing that Don Mancini explained that he gave all three Chucky’s a subtle difference, as a studio executive decision, to help differentiate them in the film, some critics see that as more insane than “Seed of Chucky”. 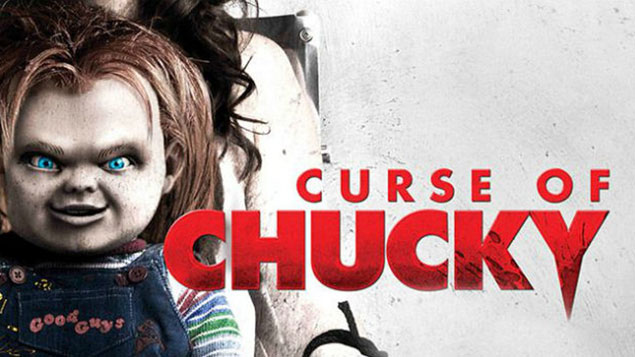 This movie was directed and written by Don Macini, distributed by the “Universal Studios”, and it is starring Chantal Quesnelle, Fiona Dourif and others. Here, Brad Dourif returns as the voice of Chucky.

In this film, Chucky is already alive at the start, we do not know how? As there is no explanation. At the end, Andy Barclay returns and shoots Chucky in his face with a gun, but he never dies as it is revealed in “Cult of Chucky”.

While Bride and Seed of Chucky are considered comedies, critics find Curse is horror movie, that is Chucky comes back to his roots. 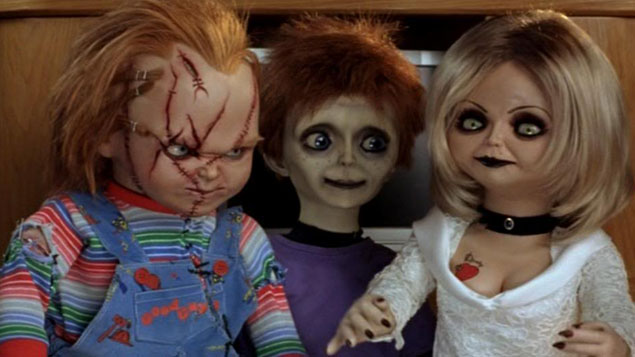 This movie was directed and written by Don Mancini,distributed by Rogue, and it is starring Jennifer Tilly, Brad Dourif, John Waters and Billy Boyd.

In this film, Chucky comes back to life at the beginning with the help of his son, Glenn, who resurrects Chucky and Tiffany, Glenn’s mother, from the afterlife and transfers their souls into the dolls being used as a prop for a Chucky movie.
Although some critics see that this film is the silliest one in the Franchise as it goes for full-blown comedy rather than a mix of comedy and horror, this film has won 1 win and 6 nominations.

This movie was directed by Ronny Yu, written by Don Mancini, and it is starring Jennifer Tilly, Brad Dourif, Katherine Heigl and Nick Stabile. It is produced by David Kirschner.

In this movie, Chucky comes back to life with the help of Tiffany, his wife, who steals the obliterated Chucky pieces from “Child’s Play 3”, stitches them back together, and uses a Voodoo for Dummies book to bring him back to life.

This movie is the first one in the franchise that seems like it is in on the joke, as it managed to balance horror and comedy. 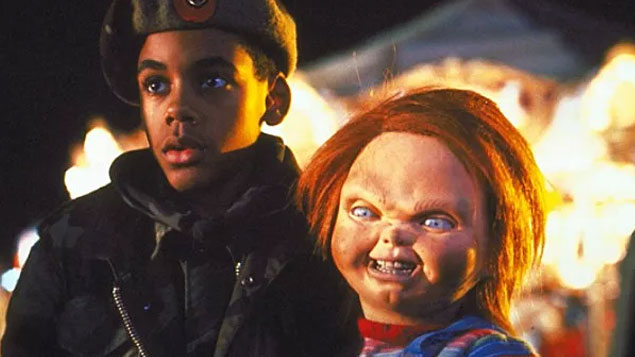 This movie was directed by Jack Bender, written by Don Mancini, and it is starring Justin Whalin, Perry Reeves, Jeremy Sylvers and Travis Fine. It is distributed by “United Artists” and “Metro-Goldwyn-Mayer”.

In this movie, Chucky comes back to life at the beginning with the help of “Play Pals”, the company that makes Good Guy dolls, as it recycles some destroyed bits of Chucky from the previous film to create a new doll. 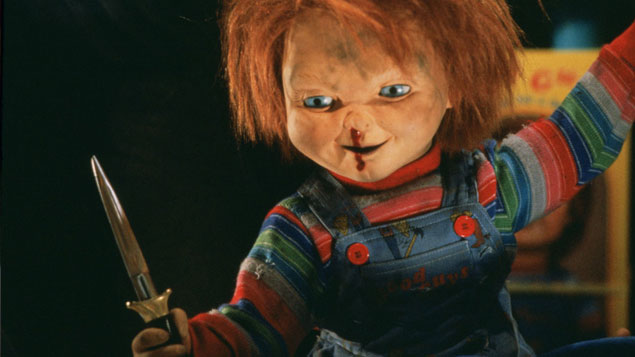 This movie was directed by John Lafia, written by Don Mancini, Vincent and Dourif, and it is starring Alex Vincent, Jenny Agutter, Gerrrit Graham and Christine Elisa. It is distributed by “Universal Pictures”.

In this movie, Chucky comes back to life in a new Good Guy doll after a freak electrical malfunction.

The stunts of the movie were praised and it won awards and nominations as well. 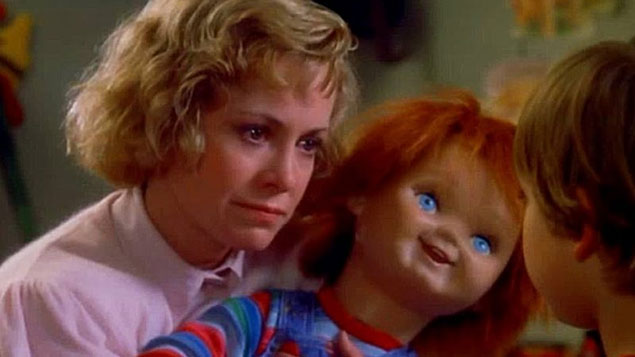 This movie was directed by Tom Holland, written by Tom Holland, John Lafia and Don Mancini and it is starring Catherine Hicks, Alex Vincent, Chris Sarandon and Brand Dourif. It is distributed by “United Artists and Metro-Goldwyn-Mayer”

In this movie, a serial killer and voodoo practitioner Charles Lee Ray (Chucky) is mortally wounded and transfers his soul via a voodoo ritual into a Good Guy doll.

Chucky movies include a lengthy list of very talented actors who act their roles perfectly to impress their fans by their competence in performance.

Some critics sees that in all over the series of Chucky movies, Chucky has never been remade or reinvented as the eighties- kitsch design of the doll which has barely changed in three decades, because as the doll Tiffany tells us in “Bride of Chucky”: A true classic never goes out of style.

Choosing the best television series of all time, or making a selection of the best, is not easy for … END_OF_DOCUMENT_TOKEN_TO_BE_REPLACED