Mattel’s Barbie
Ever since the 1990s, every child has spent many days of their lives eagerly sitting in their living rooms, shifting their eyes to the television screen every hour with the hopes of at least one instalment in the Barbie movies being broadcasted on some cable platforms like Nickelodeon. On the off chance their wish was fulfilled once a week, the sound of Barbie was all that rang through the walls of the house until the cycle started again. When Mattel decided to introduce a CGI portrayal of their doll Barbie as a coping mechanism to boost the popularity of chaste Barbie toys against the growing popularity of sexualised Bratz dolls, little did theyknow that their series of Barbie movies would gain so much popularity that it would last over the millennium and span across 4 seasons, without a second passing by without the mention of Barbara Millicent Roberts among the world of adults and youngsters alike. 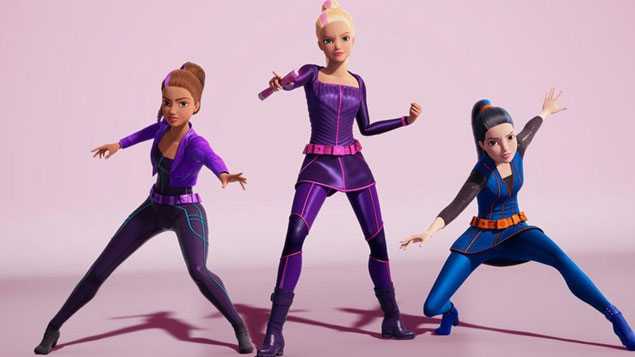 Barbie: Spy Squad marked the beginning of the third season of Barbie movies which replaced Kelly Sheridan with Erica Lindbeck as the new voice artist of Barbie. This movie, released in 2016 portrayed Barbie as herself, who joins hands with her best friends Renee and Teresa to enrol into a secret spy agency and transform into secret agents burdened with the task of capturing a jewel thief before all the jewels are stolen, thereby risking the creation of a dangerous weapon. 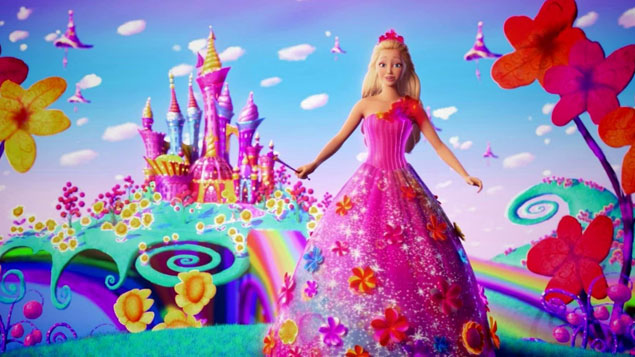 Barbie and the Secret Door is one of the unique Barbie movies which is set in the present date and tells the story of introverted Princess Alexa who finds herself stepping into a mysterious world of fairies and mermaids while reading a storybook given by her grandmother. While in the other realm, Princess Alexa works with fellow fairy Nori, and a mermaid named Romy, both of the girls having their wings and tails stripped away by the spoiled Princess Malucia, who has taken over the kingdom in the absence of her parents. 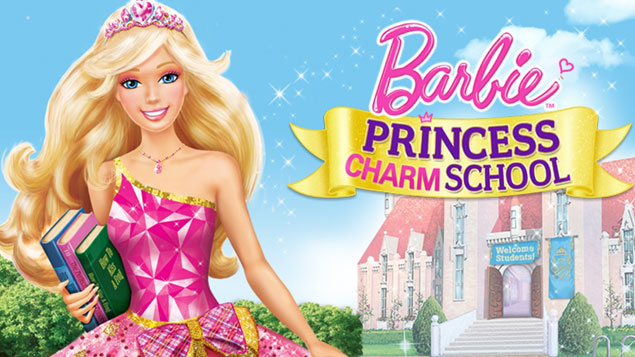 Barbie: Princess Charm School was one of the first Barbie movies to ever be released as part of its third seasonal run from 2010 to 2015. This 2011 movie revolves around the life of Blair Willows, a young waitress at the nearby café, whose life turns upside down as she finds herself winning the lottery of one of the high-class school for princesses and thus, becoming a student at the Princess Charm School. Things take an even greater swerve for Blair whose ancestry reveals her to be entitled to a legacy which was far greater than a middle-class citizen of Gardania. 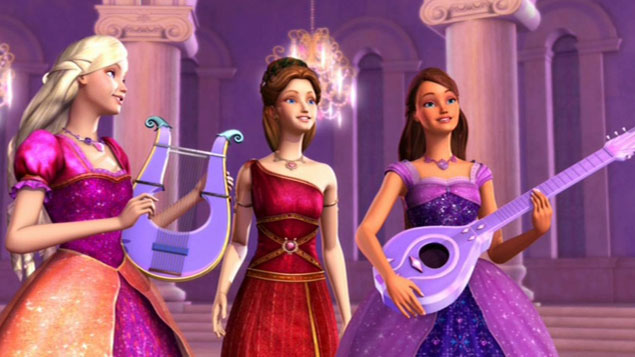 In 2008, Barbie and the Diamond Castle was released to the public which quickly became one of the most popular Barbie movies ever. Barbie and the Diamond Castle stars Barbie as Liana, and her best friend Teresa as Alexa, and tells the story of two best friends whose lives are entirely reconfigured when they accidentally awaken Melody – a muse from the mythical Diamond Castle who had been trapped inside a mirror while trying to run away from the antagonist of the story, Lydia. 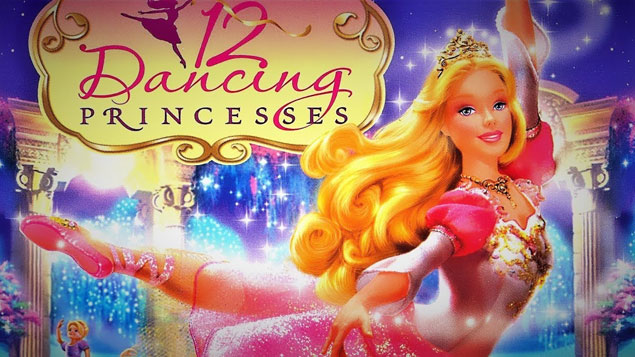 The 2006 release of Barbie in the 12 Dancing Princesses marks yet another film in the second season of Barbie movies which is based on the story written by the Brothers Grimm of the same name. This movie stars Barbie in the role of Princess Genevieve – the seventh of the 12 princesses of the kingdom which is being ruled by their father the King, who is under the influence of the evil Duchess Rowena. It is only after that the princesses discover a magical world with wish-granting flowers which can only be reached by the 12 of them, that they find out that the Duchess is slowly poisoning the king in the name of providing him with medicine. 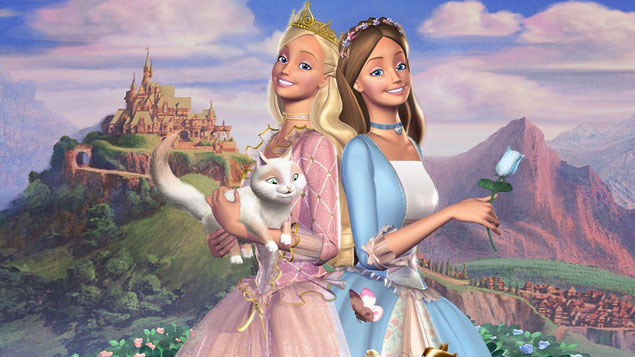 Based on the classic tale by Mark Twain, Barbie as the Princess and the Pauper is the fourth instalment released in the Barbie movies, and features Barbie’s character as two identical twins – Anneliese, the Princess, and Erika, the seamstress, whose lives become entangled after Anneliese gets kidnapped by evil conspirators in her kingdom, and Erika gets called in by the royal tutor to secretly pretend to be the Princess until Anneliese is found and returned back safely to the palace. 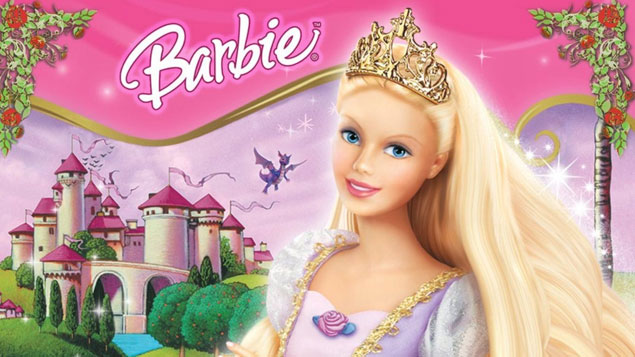 The next addition to the second series of the Barbie movies was released with an adaptation of the Brothers Grimm’s Rapunzel with Barbie as Rapunzel in 2002. In this movie, Barbie portrays the character of Rapunzel, a young girl imprisoned by an evil witch in a manor surrounded by enchanted walls, who attempts to communicate with dragons and rabbits to find her way out of her prison into the life of freedom with Prince Stefan. 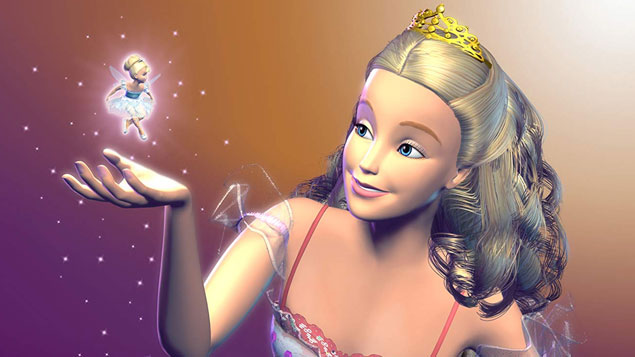 Marking the beginning of what we now know as the series of popular Barbie movies was the 2001 film Barbie in the Nutcracker, which also began Kelly Sheridan’s career as the renowned voice artist of Barbara Roberts herself. Barbie in the Nutcracker follows young Barbie as the character of Clara from the classic tale of The Nutcracker and the Mouse King who finds herself involved in the plot of finding the Sugar Plum Princess to defeat the Mouse King with the help of her Prince Eric who has been cursed by him to live the rest of his life as a Nutcracker doll. 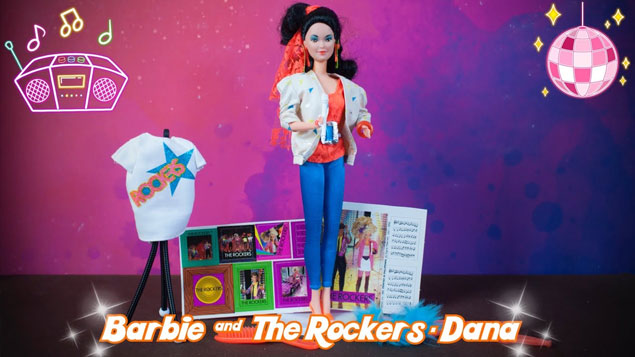 When looking into the matter technically, the debut of young Barbie did not begin with the airing of CGI-animated Barbie movies in 2001, but rather with the release of two pilot episodes which were supposed to herald a mini Barbie cartoon series starring Barbie as a rock star under the collaboration of DIC Entertainment and Mattel. However, due to failed negotiations, Barbie and the Rockers: Out of This World, and Barbie and the Sensations: Rockin’ Back to Earth came to be known as the only instalments of the Barbie movies being aired prior to the 21st century.

Choosing the best television series of all time, or making a selection of the best, is not easy for … END_OF_DOCUMENT_TOKEN_TO_BE_REPLACED