Arnold Schwarzenegger is one of themost popular and well-known actors in Hollywoodwitha career spurning decades as well as featuring in some of the biggest blockbusters in the film industry. He got his major break by starring in the infamous Conan the Barbarian fil which launches his career to the big screen and he never looked back since featuring in a wide variety of action-packed films for many decades thereafter. Arnold Schwarzenegger movies are adored and loved by audiences all over the world due to his abilities to embraced tough guy characters in films. He has gone into starring in the highest grossing films at the box office making him truly one of the A-list actors in the globe. Born in Styria, Austria in 1947 to a strict Catholic family, Schwarzenegger was heavily influenced by his father to take up sports until he chose bodybuilding as a full-time career. As most of us are big fans of Arnold Schwarzenegger movies, then we have come up with an exclusive list of some of the greatest hits of Schwarzenegger that are quite popular and world-renowned. These are some of the greatest films: 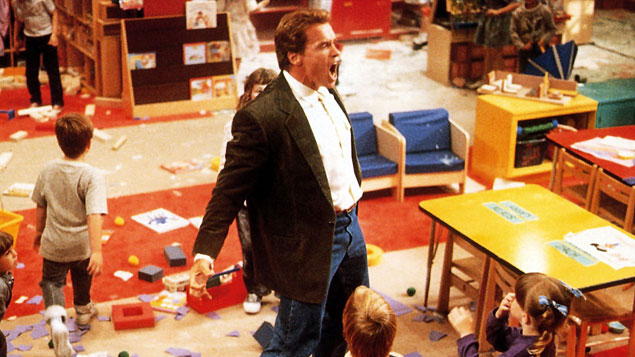 This film is an action comedy flick which stars Arnold Schwarzenegger as John Kimble who poses as a kindergarten teacher in order to catch a major drug baron Cullen Crisp as well as his other accomplices. The movie showcases the unique ability of Arnold as he embraces acomic role which is quite different from his usual tough and macho characters. The film was released to mixed reviews from critics however it grossed over $200 million at the box office making it one of the best Arnold Schwarzenegger movies. 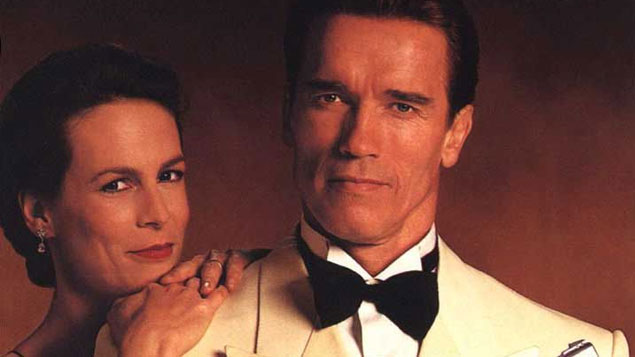 This film depicts an interesting plot where a fearless double agent as his life turned upside down when he discovered his wife having an affair with a car salesman. The movie captures unique characters of unique where he is capable of using comical elements into espionage drama within minutes. The film was among one of the best Arnold Schwarzenegger movies which captured plenty of positive reviews from audiences and critics alike. The movie grossed $146 million during its release worldwide. 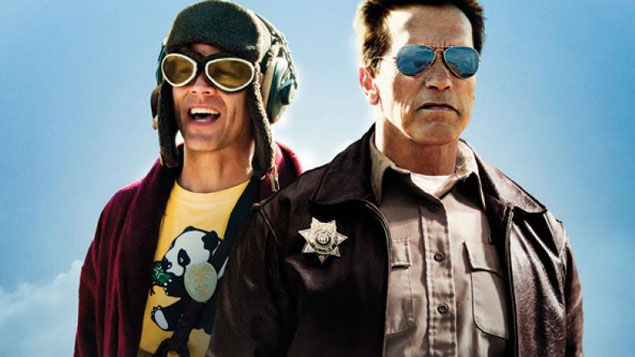 This is a crime-filled drama featured Arnold as a Ray Owens once a narcotics officer of the LAPD has now settled to become a sheriff of a small town in Somerton Junction. However, the peace and tranquillity of the town are disturbed by a vicious drug cartel Gabriel Cortezescapes from custody and flees into the town. The film grossed over $12 million at the box office which further showcased the different characters of Arnold Schwarzenegger. 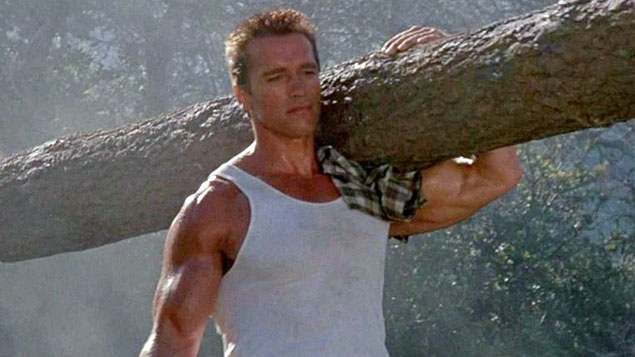 This is an adrenaline-charged action-packed movie that had a popular following across the globe. Arnold stars as a one-man army wrecking ball who is on a mission to free his daughter from the clutches of dangerous South American criminals. This film cemented Arnold as one of the retest action actors in the history of cinema due to his unique ability and talent to blend sheer 6.7 out of 10 in its scorecard. It grossed over $57 million at the box further cementing the cultic status of Arnold Schwarzenegger. 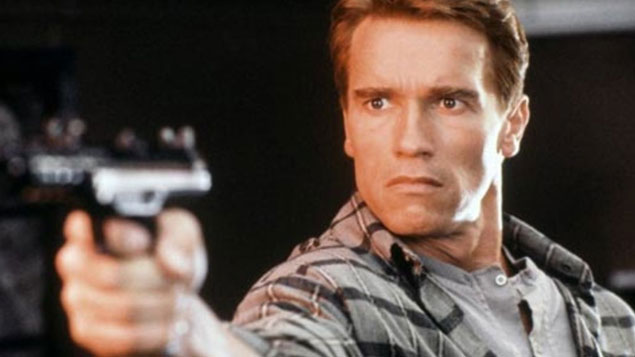 The film Total Recall was a major hit in the 90s. It starred Arnold living in a futuristic society with his wife played by Sharon Stonewho decide to seek vacation in the planet Mars where he encounters unexpected and harrowing events that forces him to go back. The film was one of the most expensive Arnold Schwarzenegger movies with stunning one-line punches and explosive action scenes which were popular with audiences globally. The film raked over $119 million at the box office with critics giving it positive reviews since its release. 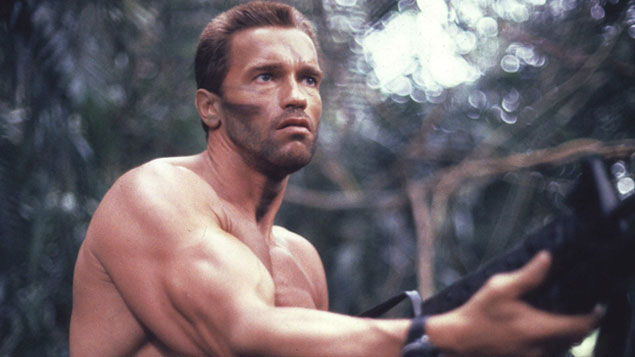 Predator was one of those 1987 classics that featured Arnold in a sci-fi thriller. The film depicts a sequence of series and events of a team of commandos who were sent on a mission in a jungle in CentralAmerica. The commandos find themselves hunted by asupernatural creature in the jungle which everyone to run for their daily lives. The film is packed by some explosive edge of your seat moments and punchlines that overawe audiences all over the globe making it one of the best Arnold Schwarzenegger movies. The film was released to a positive review worldwide garnering over $59 million in sales at the box office. 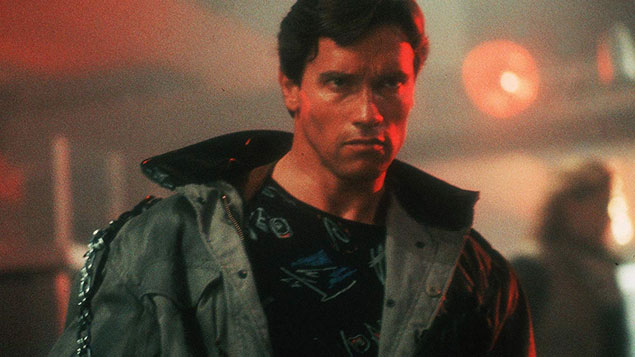 If Conan the Barbarian was the launchingpad, then Terminator was among the best of Arnold Schwarzenegger movies because it was one of the highest grossing films of all time with a huge fan base across the globe. Arnold stars as an indestructible android sent from the foreseeable future to kill a young waitress and his son which will eventually lead to a war between humans and the machines. Terminator was truly one of the best Arnold Schwarzenegger movies of all time due to the unique punchlines as well as the structural engineering and simplicity that the film was made. It grossed over $38 million at the box office drawing plenty of positive reviews from both audiences and critics alike. 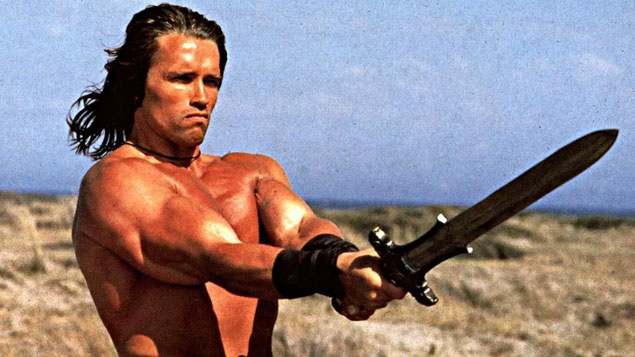 This movie is one that launched the career of Schwarzenegger as a serious actor in the industry and it proved too many people of the extraordinary skills and talents he adds. Arnold plays as an angry young man who is out to revenge the death of his parents who had been killed by a mystical cult leader played by James Earl Jones. This was the first big headline gig for Arnold in his young career and it catapulted him into one of the greatest actors of all time. The film grossed over$ 39 million at the box office drawing a huge acclaim from various critics who praised Arnold’s characterization of a warrior.

This list represents some of the best Arnold Schwarzenegger movies which have become hugely popular for many audiences across the globe.

Choosing the best television series of all time, or making a selection of the best, is not easy for … END_OF_DOCUMENT_TOKEN_TO_BE_REPLACED